Look through the GH5 lens with expert photographers

You can get to know our flagship GH5 video/photo hybrid mirrorless camera with this series of in-depth features, ambassador galleries, first impression videos, reviews and so much more!

Accomplished portrait photographer Ross Grieve shoots with the LUMIX DC-GH5 mirrorless camera in the picturesque place he calls home – Pembrokeshire in Wales – where he shows off the 6K PHOTO* benefits of the LUMIX GH5 and the camera’s ability to easily switch from studio work to location photography.

Pulitzer Prize-winning Australian photojournalist Daniel Berehulak took the LUMIX DC-GH5 mirrorless camera to the Tonle Sap Lake area in Cambodia where an abundance of activity, history, amazing colour and welcoming people made for a great environment to test the camera’s capabilities. Berehulak reported the GH5 to be an excellent tool for photojournalism in a lightweight, compact, and non-intimidating form.

Neumann Films is a production company located in the Pacific Northwest. With over 110,000 subscribers, their YouTube channel is known for producing high quality visual content. Filmmaker Luke Neumann got to put our new LUMIX DC-GH5 mirrorless camera through its paces to create the GH5 short film ‘Beyond the Grid’, his thoughts behind the value in reconnecting with nature.

Scott Mellish, our LUMIX imaging guru is also here to give you an in-depth tour of the GH5 and show you just what makes this camera so special. 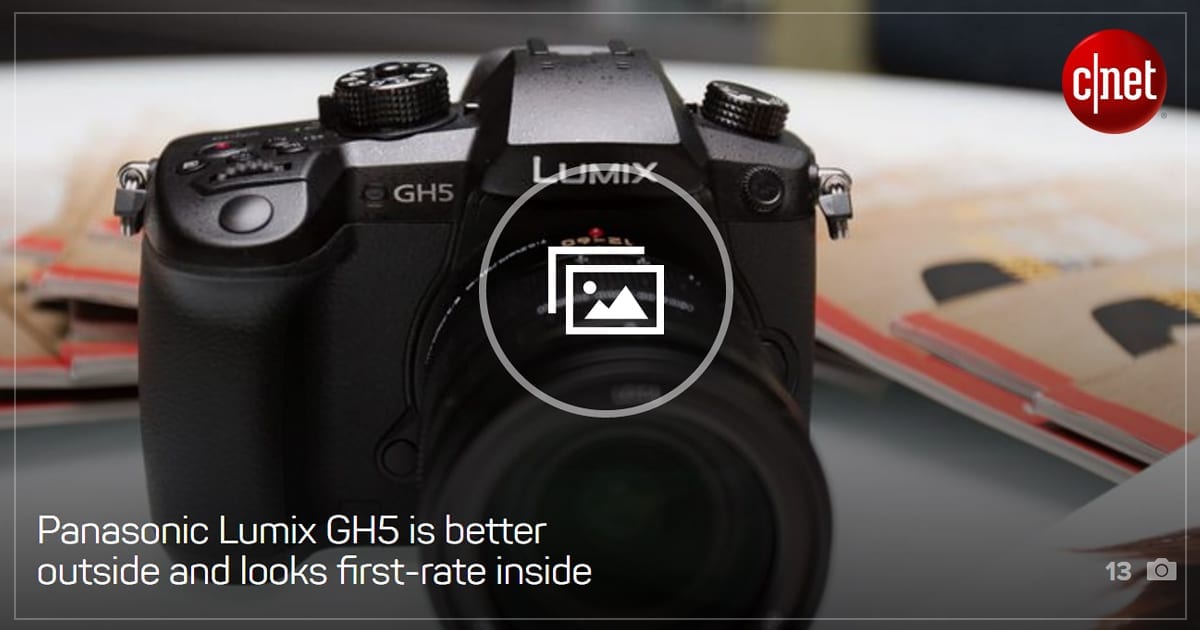 CNET image gallery: Panasonic Lumix GH5 is better outside and looks first-rate inside.

CNET Australia had the chance to get up close and personal with the GH5 at CES 2017 and given the headline of their feature article opens with a “yowza”, it’s safe to say the world’s leader in tech product reviews was more than impressed.

The new LUMIX DC-GH5 video/photo hybrid mirrorless camera truly sets the gold standard in professional 4K video shooting performance and hybrid photography, introducing a trio of world-firsts that make it an undisputed leader in its class. It is the first consumer digital camera to offer 4K 10-bit 4:2:2 25/30p video recording to SD Card*1; has the distinction of offering 4K quality video at 50/60 frames per second (fps)*2; and has evolved its original 4K Photo to the stunning 6K Photo*3. The GH5 is in store now!