We are excited to announce that once again Lumix cameras have come out on top at the prestigious Camera Magazine Imaging Awards, taking home two coveted awards in the 2014 judging round. 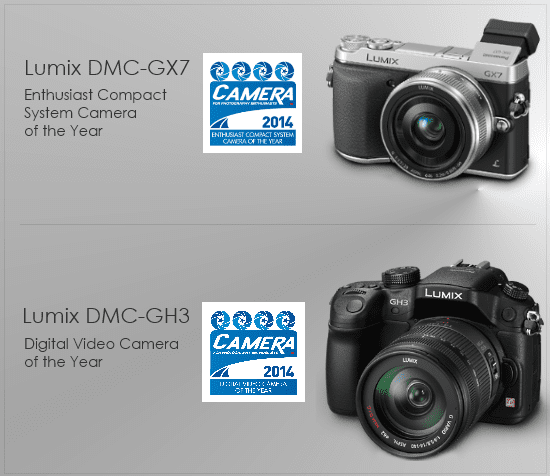 Our G series range certainly proved why they are industry-leading cameras, with judges awarding the Lumix DMC-GX7 the ‘Enthusiast Compact System Camera of the Year’, while the popular Lumix DMC-GH3 nabbed the ‘Digital Video Camera of the Year’. The 2014 winners are due to be announced in a special feature published in the January/February 2014 issue of Camera but we just couldn’t resist sharing the happy news now with Lumix fans.