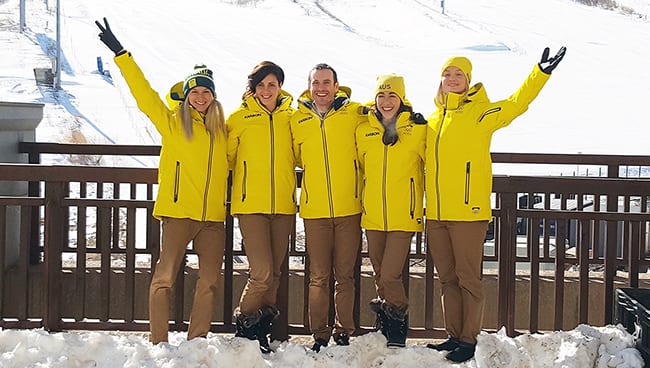 It’s been 30 years since South Korea hosted the 1988 Seoul Games and the Korean nation will again play host to the XXIII Olympic Winter Games from 9 to 25 February 2018 in PyeongChang, with Australia set to take a total of 51 athletes to the Games! PyeongChang 2018 also marks the 30th anniversary of Panasonic supporting the Olympic Games as a TOP sponsor.

Thank you @PanasonicAU for your ongoing support of our great Aussie Olympians! https://t.co/CA22OL70Eb

We’ve put together a guide that includes competition highlights, Aussie Olympic medal hopefuls to keep your eye on, and an overview of the Games.

The Olympic Moments You Don’t Want To Miss

With her school mates cheering her on back in St Kilda, 17-year-old Tess Coady is ready to perform on the world's biggest sport stage.

"It's basically whoever can get down the fastest. It doesn't matter how you do it"Alex Chumpy Pullin Belle Brockhoff and Jarryd Hughes give a stunning insight into the adrenaline rush that is Snowboard Cross!

Her choice of music in the short program – ‘Dream a Little Dream of Me’ – is perhaps fitting, as Kailani Craine waits to skate her dreams into reality.

There will be a record 102 gold medals across 15 disciplines that the almost 3,000 athletes from 92 nations are chasing at the PyeongChang Winter Olympic Games. Once competition gets underway the first medals will be decided on the evening of Saturday February 10. Check out this interactive Full Medal Tally page to follow the 16 days of competition winners in real time. You’ll be able to click on Australia to see the list of medallists and then explore their bios to learn all about them.

The PyeongChang 2018 Winter Olympic Games kick off on February 9 with the Aussie mogul athletes the first to compete. The competition period will see athletes contest 102 events across 15 sports. Four new disciplines in existing sports have been added to the programme including big air snowboarding (which will replace the parallel slalom), mixed doubles curling, mass start speed skating, and mixed team alpine skiing.

Panasonic will continue to share the passion and excitement of the world’s greatest sporting festival with people across the world and to contribute to fostering the Olympic Movement and the Paralympic Movement by supporting the operation of the Olympic Games as a TOP sponsor with our cutting-edge products, technologies, and solutions.