Take a magic carpet around the world with Ray Martin 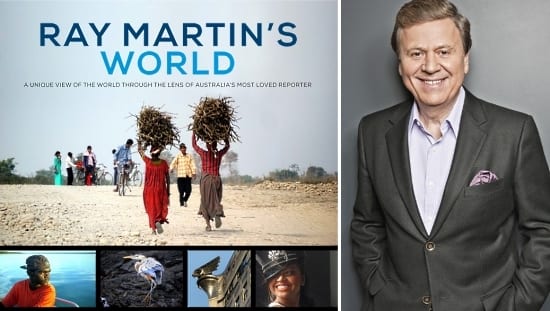 Ray Martin. He’s a living Aussie legend, gold-Logie winner, and a veteran TV journalist who has been gracing Australian screens since 1978. While he is best known for his on-air roles with 60 Minutes, A Current Affair and his top-rating celebrity-special interviews, a recent article in the Herald Sun revealed that despite his long-running career as a writer and journalist, these days it gives him more pleasure to take photos.

It’s a fact not many people would know, but Ray always been a keen snapper and has built up a library of 50,000 photographs over five decades. From this enormous photo album, an extraordinary collection has been curated to produce his latest book, Ray Martin’s World.

This unique view through the lens of one of Australia’s most loved reporters covers everything from celebrities and public figures to inspiring images from all four corners of the globe – and Lumix cameras are his first choice when it comes to capturing these shots.

In this candid interview, we get to delve into just what defines Ray Martin’s world and gain some insight into the superb pictures that grace this collection.

How did the idea of Ray Martin’s World start? And how do you define your world?

I’ve been taking photographs for over forty years. I have always dreamed of a book, rather than just the occasional shots in magazines and newspapers, which I have done often. Melbourne University Publishing came to me and offered to publish this book. So, here the dream comes to fruition – the first of several, I hope. Fingers crossed.

The book is a selection of your favourite pictures. How do you decide which ones are best shots? What makes a photo special?

Actually I have over fifty thousand shots in my library. It was the hardest book I’ve written, because photos do become a bit like children. It’s hard to choose favourites. But, once I had established a format – basically to tell the stories behind the photos- then I had a direction. Clearly, I needed to get a variety of places and people and keep it interesting. If I had been doing the book just for me I would have chosen many different pictures, but I needed to reflect ‘ my world” of journalism over the past 45 years. So, that was what dictated my photo choice. Overall, I’m happy with the range, although as always I wish I had a chance to go back to some of those places and wait for light, weather and ‘the Kodak moment’ as they used to say in the days of film.

Which ones – in your personal opinion – are the top histories in the book?

I guess the photos that relate to Fred Hollows and the miracle of cataract surgery are the most powerful for me. Fred was a ‘ profane saint’ of a man and perhaps the most extraordinary person I ever came across. Beyond that, New York is always a special experience, and the Andes of Patagonia was the most breathtaking place I’ve so far seen. The old photo of the two horse trainers at the Dingle Cup holds special memories, too.

The Vietnamese rice farmer comes back home to his wife. Thanks to Fred Hollows, after 10 years of blindness he could see perfectly again. The sequence of the reencounter is registered in the book.

You’ve said in interviews that you get more satisfaction from taking photographs now than writing. What is the magic when you are behind the camera?

I’ve spent a lifetime writing stories – for television and radio mostly- and I do love it. It’s also been the way I’ve made a living for almost half a century. It’s really satisfying to paint a picture with words and move people emotionally. But, the instant gratification of taking a good photo and being immediately able to see the result is heaven, for a hedonist like me. People seem to respond to a photograph more immediately than they do to a well-crafted story. Words often take longer to impact. Maybe I’m just a frustrated painter and the camera covers my inadequacies with the oil and brush. Either way, I suffer withdrawal symptoms if I go for more than a couple of days without getting my camera out.

As a photographer, what great photo opportunities have you missed?

I most regret not asking Sir Donald Bradman and Fred Hollows if I could take their portraits. I got to know them both well and I reckon they would have agreed. Up there with them I guess would be Nelson Mandela and Audrey Hepburn, whom I met briefly. There are too many others to mention, I weep when I think of the lost opportunities.

What makes Panasonic Lumix your favourite camera gear from a technical and non-technical point of view?

I love the size and flexibility of my Lumix cameras and lenses. Because I travel into some exotic and dangerous places, big DSL cameras look like bazookas, need a suitcase to carry and draw too much attention – or even intimidate people. I have small cameras like the GH3 and the GX7, with lenses that range from 14mm to 600mm, which are all fast enough to get me out of every situation – or crisis. That doesn’t stop me from getting arrested or having my memory sticks confiscated on occasions, but I lower the risk dramatically. And my photos never suffer in picture quality, sharpness or razzle-dazzle.

“I saw this intriguing face in a first-class airport lounge. That’s when small, discreet cameras help, although I suspect she still knew I was taking her picture” – Ray Martin.

Any tips for the perfect shot?

My number one tip? Mmm. Practice. It won’t make you perfect but it’ll certainly improve your photographs. It’s the best way to get to know your camera and what your lenses will do. Of course, shoot preferably in early morning light (which means getting up in the dark) and late afternoon, in most places. Finally, don’t be afraid of the “Automatic” functions on your camera. The “iA” function on the Lumix will generally outthink you and it’s better to have the picture than to miss out because you’re trying to fiddle and find the best Manual setting. Don’t be lazy and always use “iA”, but don’t let the purists brow-beat you either.

Two hot favourites in the 1974 Dingle Cup in Ireland. “It’s like a scene from a 1940s country race meeting in Australia” – Ray Martin.

Behind London’s Royal Courts of Justice, Ray Martin noticed the hole in the sole of the dapper lawyer – the one on the left.

Torres Del Paine National Park in Patagonia, Chile, with “its steep granite towers and twisted horns, surrounded by glaciers and emerald lakes”. The area was declared a Biosphere Reserve by UNESCO. 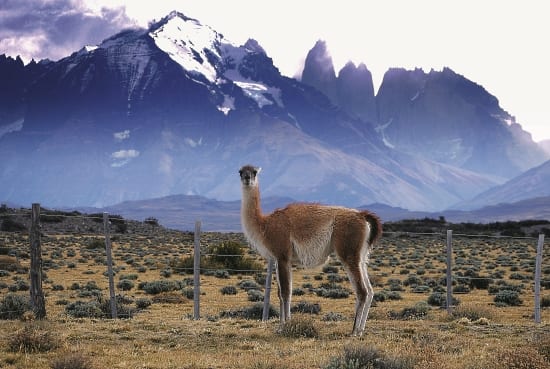 “This big fella stood against the mountains for a moment and seemed to be saying, ‘C’omon, take your postcard shot and get outta here.” – Ray Martin.

For Ray Martin, the image of this little boy in southwest Nepal is perhaps the closes he got to the famous shot of the sea-green eyes ‘Afghan girl’ who, is his words, graced the cover of National Geographic magazine. 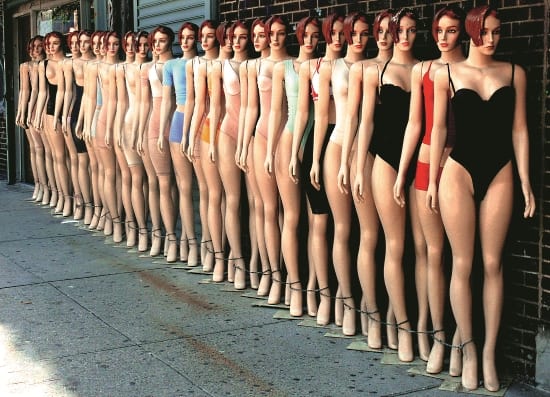