The best Christmas movies streaming on Netflix and Amazon 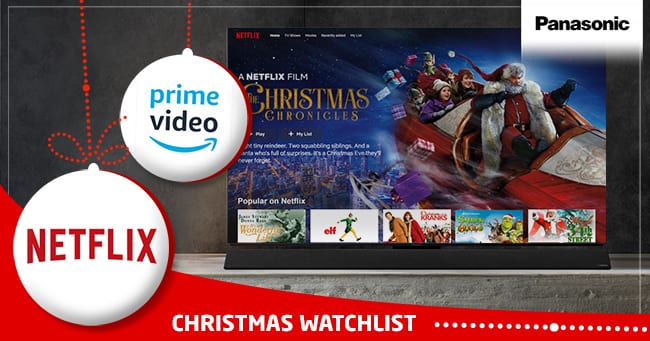 With a Netflix-ready Panasonic TV, Blu-ray Player or Blu-Ray/HDD recorder, all you have to do is sit back on the couch and press the Netflix button* on your remote.

Some Christmas movies show us the real meaning of the season, some show us how to tap back into our childhoods, and some simply show us that it’s never too late to be a better person. What they all have in common – and what makes them such a dependable pleasure – is the comforting message that love and hope will always triumph over hatred and greed. So we made a watchlist (checking it twice) filled with holiday content you can stream right now from Netflix or Amazon and they’re ranked from naughty to nice.

“It has some potty humor, but it still has a positive message about the importance of family and friends and that the true meaning of Christmas is being together with the people you love.”
– Kid’s Review, Common Sense Media

Just when Shrek thought he could finally sit back, relax and enjoy his happily ever after with his new family, the most joyous of all holidays arrives. It’s Christmas Eve and everyone is filled with holiday cheer – except for Shrek. He isn’t exactly the picture of yuletide joy, but for the sake of Fiona and the kids, he tries to get into the spirit of things as only an ogre can. Unfortunately, everyone seems to have their own ideas about what Christmas is all about, so when Donkey, Puss In Boots, Gingerbread Man and the whole gang try to join in on the fun, Shrek’s plans for a cozy family celebration end up spiraling into one truly unforgettable Christmas.

Not for kids or faint-of-heart adults, this festive comedy follows three best friends who decide to end their tradition of wild holiday partying. Ethan (Joseph Gordon-Levitt), Isaac (Seth Rogan) and Chris (Anthony Mackie) have been friends since childhood, and for a decade, their yearly Christmas Eve reunion has been an annual night of debauchery and hilarity. Now that they’re entering adulthood, the tradition is coming to an end, and to make it as memorable as possible, they set out to find the Nutcracka Ball – the Holy Grail of Christmas parties. It’s pure Seth Rogan in every way; a wildly raucous and vulgar ride that produces a ton of belly laughs and still manages to be charming and sentimental.

“As intentionally hacky as “Sabrina’s Christmas Wish” is, it still manages to be a pretty rich, moving philosophical/theological investigation of Christmas, ethics, and family.”
– Eric Thurm, The A.V. Club

Christmas with the Kranks

“Despite what everyone says about this movie being ‘awful’, ‘the worst movie ever’, and such, I enjoyed it immensely. I thought it was very funny and the end was extremely heartwarming.”
– Fan Review, IMDb

This ridiculous comedy is such an underrated Christmas movie! When their only daughter Blair leaves the family nest, Luther and Nora Krank (Tim Allen and Jamie Lee Curtis) decide to book an island cruise to beat the yuletide blues and just skip the holidays. But their decision to boycott tradition has the whole neighborhood in an uproar, and when Blair calls on Christmas Eve to announce a surprise visit with her new fiancée, the Kranks have just twelve hours to perform a miracle and pull themselves and their neighbors together to throw the best celebration ever.

“Sir Seymour Hicks was a consummate Scrooge, so bent over, joyless, disagreeable and ruthless, that we can instantly embrace his dark character.”
– Goat, Ruthless Reviews

The 1935 film adaptation of A Christmas Carol is considered the first ‘talkie’ version of Charles Dickens’ 1843 novella. Scrooge, the ultimate Victorian miser and perennial naughty list candidate, hasn’t a good word for Christmas, though his impoverished clerk Cratchit and nephew Fred are full of holiday spirit. But in the night, Scrooge is visited by spirits in hopes of encouraging him to change his ways.

“It’s A Wonderful Life is a story of hope, redemption and kindness, which teaches us that having someone there for you when you need it the most is one of the greatest gifts you can receive.”
– Natasha Grice, Virgin Trains & Rethink Mental Illness Campaign

For seventy years we’ve been immersing ourselves in the bucolic fictional town of Bedford Falls to root for George Bailey (James Stewart), the man who dreams of shaking the dust of “this crummy little town” off his feet and seeing the world. We’ve felt George’s despair when responsibility and circumstances combine to thwart his dreams. And of course, we’ve rejoiced when the citizens rally to save George from ruin and show him that if love and generosity are true wealth then he is the richest man in town.

Director Frank Capra didn’t make just another Christmas movie with It’s a Wonderful Life, he also created a lasting message that life is worth living and that every person makes a difference. We lose sight of that every once in while which is probably why it’s so easy to get homesick for Bedford Falls.

“I can’t think of a better way to kick off my Christmas viewing and I can guarantee you that this one will be on my list of movies to revisit in the years to come.”
– Glenn Cochrane, Screen Realm

Netflix’s Christmas Chronicles’ broke 20 million streams in the first week it dropped (for reference, that’s the equivalent of a $200 million cinema release opening week) and this giant breakout hit is worth every single view. The story of a sister and brother whose Christmas Eve plan to catch Santa Claus (Kurt Russell, as you’ve never seen him before!) on camera turns into an unexpected journey that most kids could only dream about. After staking out Santa’s arrival, they sneak into his sleigh, cause it to crash and nearly derail Christmas. As their wild night unfolds, Kate and Teddy work together with Santa and his loyal Elves to save Christmas before it’s too late.

“If you’re after an entirely pleasant, inoffensive, feel-good movie at Christmas, this is it: the kind of innocent, utterly charming, hanky-ringing fare that they aren’t supposed to be making any more.”
– Angie Errigo, Empire

This enduring tale of the little girl and lawyer who must prove that a man claiming to be Santa Claus is the real deal is proof that schmaltzy Christmas movies don’t have to be hopelessly hokey. The original Miracle on 34th Street from 1947 is an undisputed Christmas classic but this 1994 remake is so charming it won the hearts of a whole new generation of fans. In this updated version you get Mara Wilson at her most ‘child star cute’, Richard Attenborough as the jolly red fat man, a luminous Elizabeth Perkins and splendid modern production values. Guaranteed to have you believing in Christmas again!

“Great songs, gentle humour and a dose of syrup which is not to everyone’s tastes, but worth buying to keep that Christmas spirit going until next year.”
– David Parkinson, Empire

Throw your cynicism out the window and settle in for some frappaccino-sweet, all-singing, all-dancing, vintage holiday fare. White Christmas isn’t going to challenge your thinking or profoundly change your life but it will give you a warm dose of the Christmas spirit. If you care about the plot: Bing Crosby and Danny Kaye star as a song-and-dance duo who become romantically involved with a sister act played by Rosemary Clooney and Vera Ellen. They then team up to save the failing Vermont inn of their former commanding general and hijinks ensue. The plot really isn’t the point though; the charming musical numbers and general sense that ‘everything works out in the end’ are what make White Christmas so memorable.

Not rated, streaming on Netflix now.

“This is one of those rare Christmas comedies that has a heart, a brain and a wicked sense of humor, and it charms the socks right off the mantelpiece.”
– Roger Ebert

It’s a scientifically proven fact that this joyful Yuletide comedy is impossible to hate and anyone who tries to claim otherwise is sitting on a throne of lies. Will Ferrell plays Santa’s not-so-little helper with such glorious good cheer even the most hardened of hum-buggers would find hard to resist. Of course, the star-studded cast all turn in superb performances of their own, particularly Zooey Deschanel’s incredible Christmas carol renditions. Make it a family tradition to play Elf when you put up your holiday decorations to really get a good dose of the festive spirit!

Streaming Made Easy with Panasonic 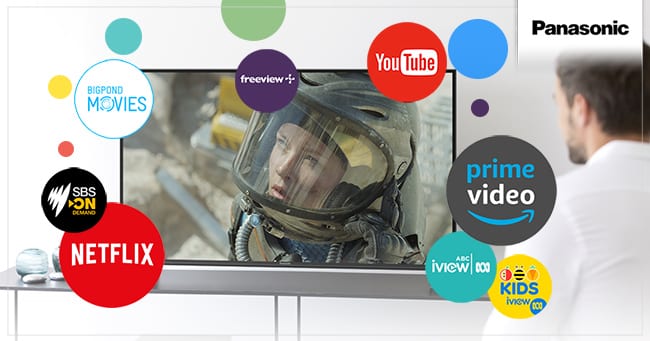 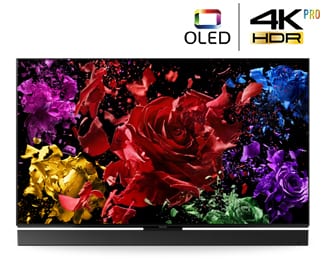